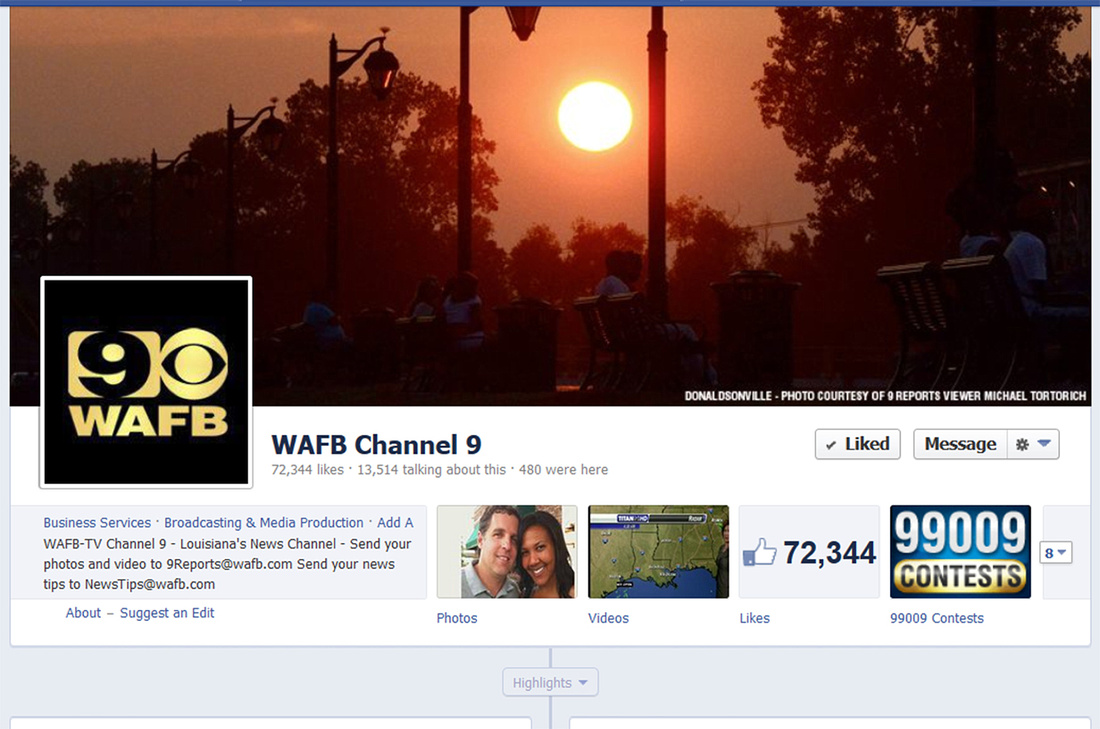 When I first began taking photos and writing articles, I would always get a thrill from seeing my creations in print.

I've worked in local media, so I've often played the role of a "one-man band." In my newspaper days, I would write the article, take the photos, and lay out everything on the page.

There was always something special about seeing my name on my photos and articles. That's a feeling that never seems to go away.

These days, as you may have noticed, much of media has moved to the digital world. Like it or not, more and more people are getting their news from Facebook and Twitter than newspapers and nightly news.

Recently, one of my photos was used on the main Facebook page for our local television station, WAFB in Baton Rouge. As you can see above, some 72,000 people are connected to the page.

That same feeling I got when I saw my name in the newspapers came back.

The tools may have changed, but the concept has stayed the same.

I remember when I was a young boy, one of my friends had his drawing featured on WAFB's "Color the Weather" segment. It was a simple concept: local children would color a weather scene, and the station's meteorologists would share it with viewers during the broadcast.

I remember thinking it would have been nice to send in a drawing of my own. The problem was my perceived lack of artistic talent. At the time, I had zero confidence in my drawing skills.

Years went by, and I never tried my hand at coloring a sunshine-filled day or a winter wonderland.

It's unfortunate that I didn't. You're only a kid once.

And as we all learn, you miss 100 percent of the shots that you don't take.

In some way, I believe the kid in all of us still resides inside of us.

In time, we all have to eventually act like an adult. But that doesn't mean the wonder and excitement (and naivete) of childhood must be forfeited.

The result may surprise you.

Who is Michael Tortorich? A lifelong resident of the south Louisiana swamplands, his journey as a journalist (with a specific flair for photography) began well before earning a penny for his work. He's a proud LSU graduate, holding a degree in journalism (along with minors in two avid subjects, history and psychology). He has worked full-time positions at two local television stations (in graphics and as a show producer), and as a sports editor of a suburban newspaper. He currently owns and operates Michael Tortorich Photography, LLC. The business provides a wide range of photography services, including event coverage (weddings, parties, sporting events, etc.) and portrait sessions (high school/college seniors, families, children, etc.). He also coordinates social media for the City of Donaldsonville (facebook.com/DonaldsonvilleLA and twitter.com/CityofDville), and contributes to Ascension Parish online news source, The Creole.