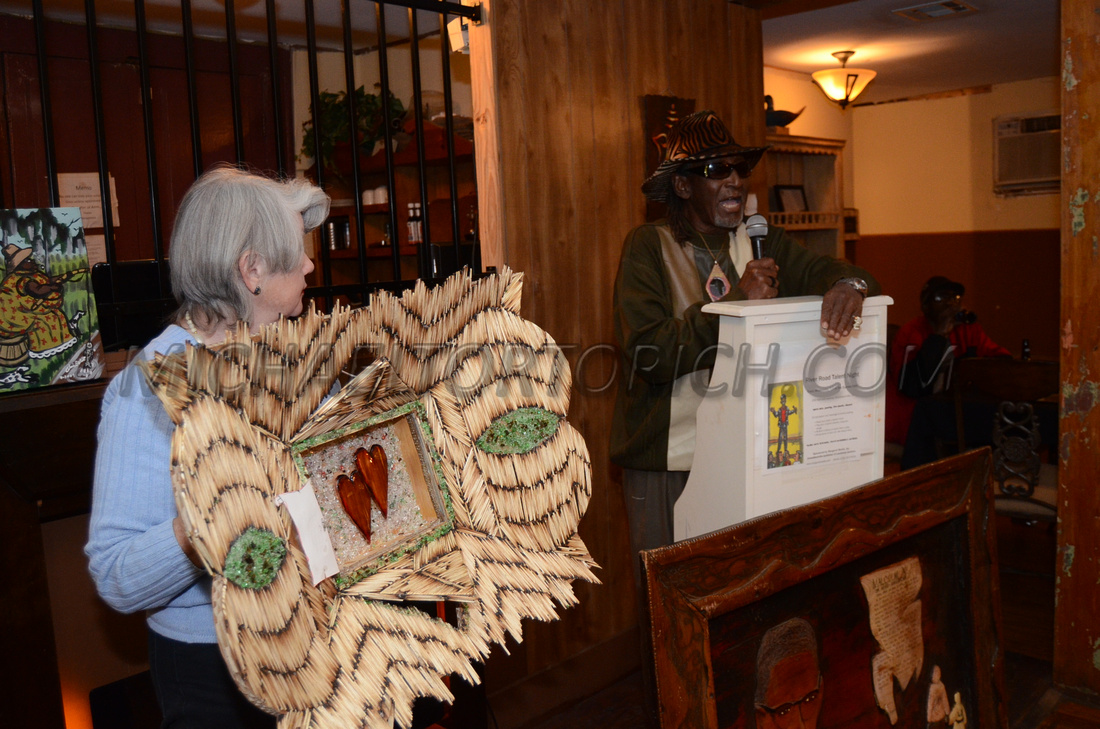 The River Road Talent Night at Cypress Cafe in Donaldsonville was a rousing success Wednesday.

A wide range of artists and performers shared their talents with the crowd gathered at the Railroad Avenue establishment.

Cypress Cafe owner Asim Munir offered a special menu, which included just $2 admission for the event and a beverage with serving of bread pudding.

The presentation was the first of a series of gatherings planned for a weekly basis.

“If weather allows, we’ll probably move it to the courtyard,” Munir said of future events.

Donaldsonville resident Mary Gehman of Margaret Media Inc. presented the event, which is set to be held every Wednesday from 7-9 p.m. at the restaurant.

Margaret Media is a Donaldsonville-based reasearch, writing, and publishing company which centers on Louisiana authors and topics. The company publishes an array of local products focused on the colorful and diverse history of Louisiana.

A host of talent came from the immediate area, including many from Donaldsonville. 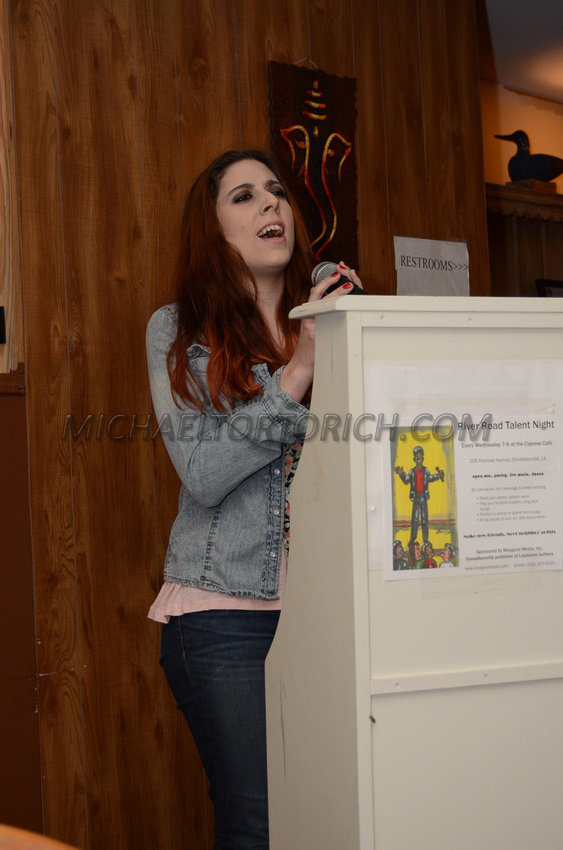 The show began with Dorothy Lear singing Judy Garland’s “Somewhere Over the Rainbow” and Etta James’ “At Last.” 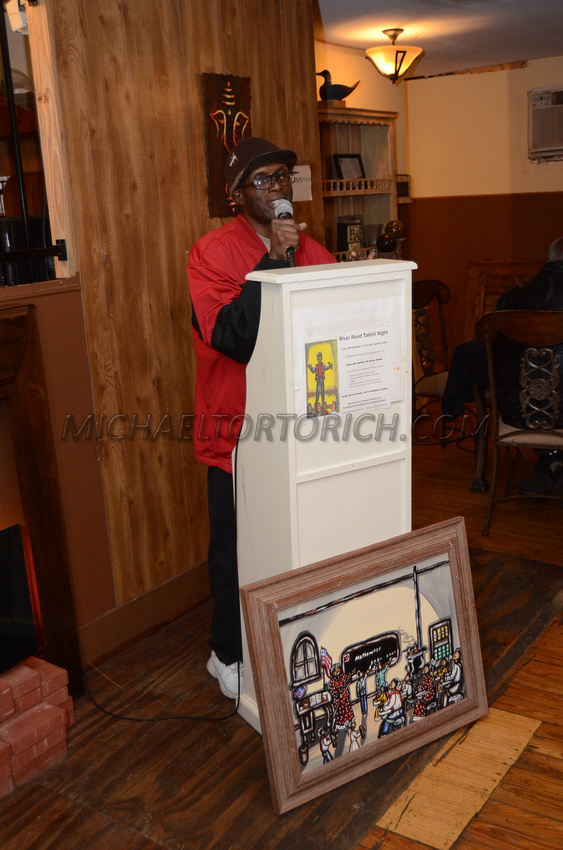 The crowd was treated to the work of primitive artist Alvin Batiste. He displayed a few of his pieces and talked about how he started painting.

As the story goes, the Donaldsonville artist would get his supplies at Rossie’s on Railroad Avenue. The store owner allowed him to display his work inside. Soon after, his talent was a secret no more as his work became highly sought after.

“I think we need more things like this going on in the city,” Batiste said of the event. “It’s a good thing to have.” 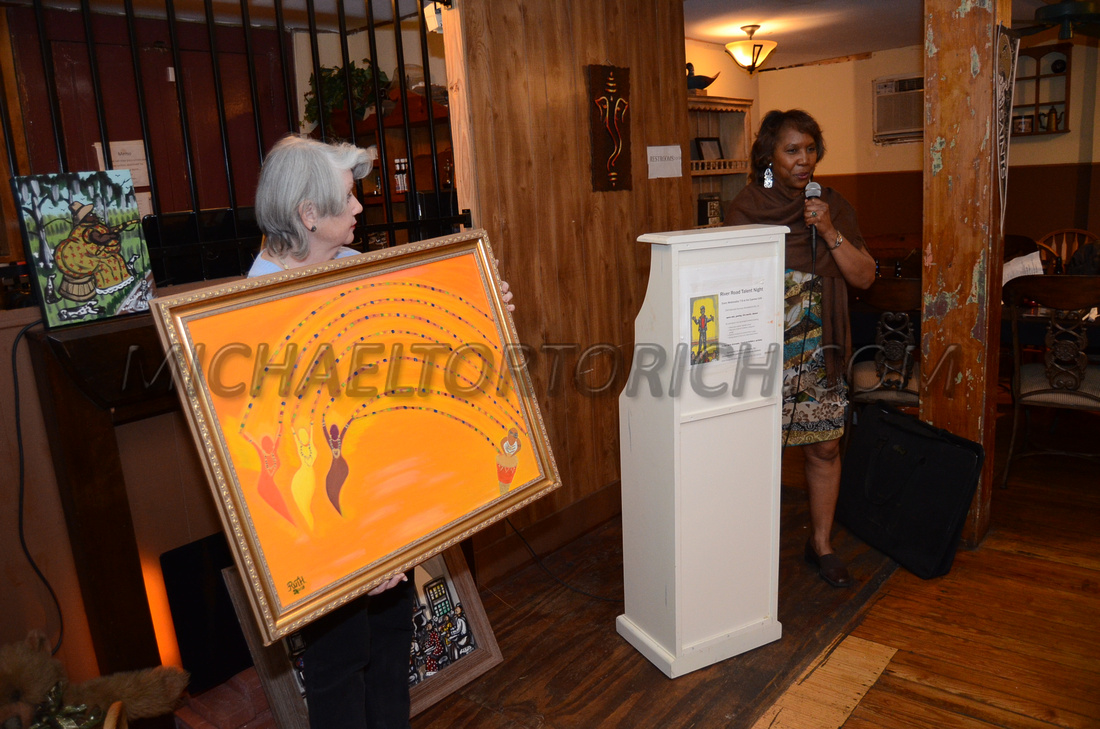 Another accomplished artist was also on hand for the evening. Ruth L. Williams of Plaquemine recalled her journey as a self-taught painter, which began in 1992. She also lived in Manhattan for many years.

Working with the disabled residents of a group home in Boston, she began to find her inspiration. The colors of the northeast were unlike any she knew from Louisiana.

“I believe love is the highest frequency,” she said, explaining the meaning of it.

Williams said she will give a piece to ABC news anchor Robin Roberts, who has returned to “Good Morning America” after battling a life-threatening illness. 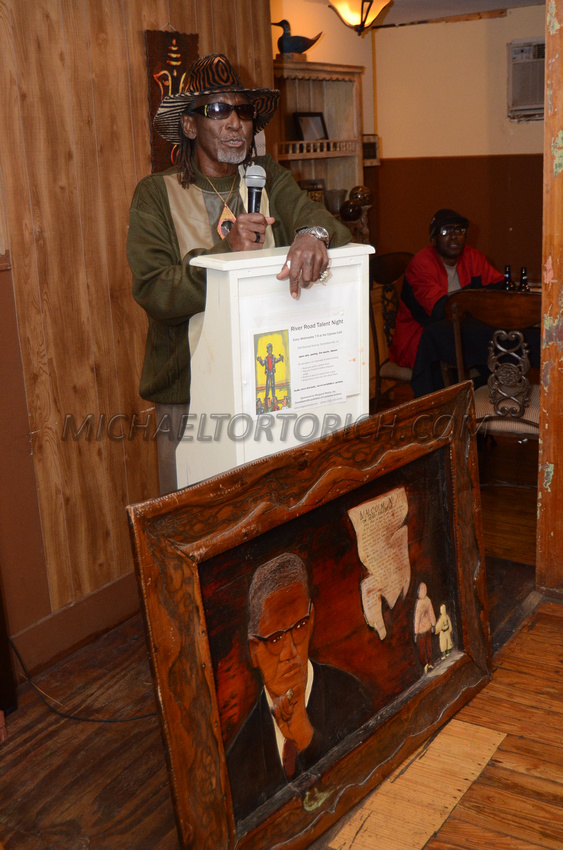 He told of the difficulty he had crafting his art while in a penitentiary.

At 71 years old, he stressed the message he often shares with young people – the importance of education.

“When I say education is a jewel, I mean that,” he said. 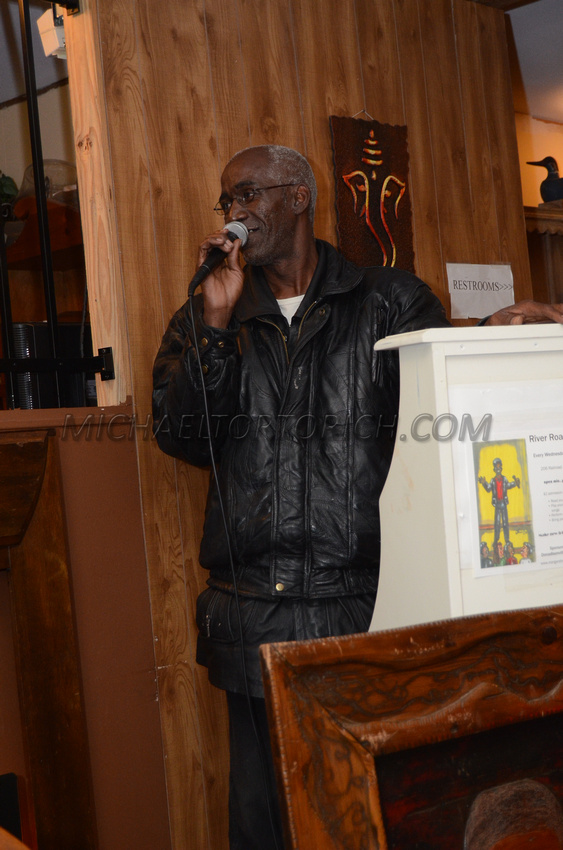 Larry Smith, who has worked as a disc jockey for many years, shared his insights on entertaining a crowd. He talked about how he started as a DJ, and how things used to be before the advances in technology. 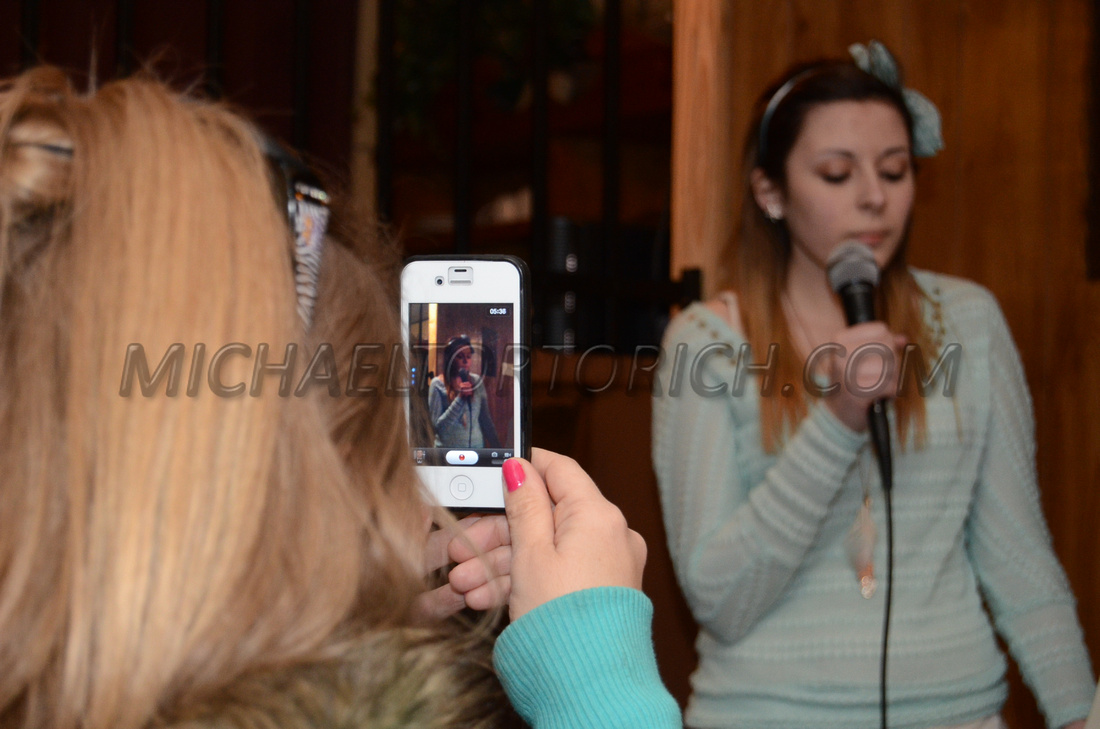 Closing the night was Alyssa LeBlanc, a freshman at Assumption High School. She sang Christina Perri’s “Jar of Hearts.”

Michael Tortorich is a writer and photographer for The Creole Online Newspaper. He can be reached through www.michaeltortorich.com.