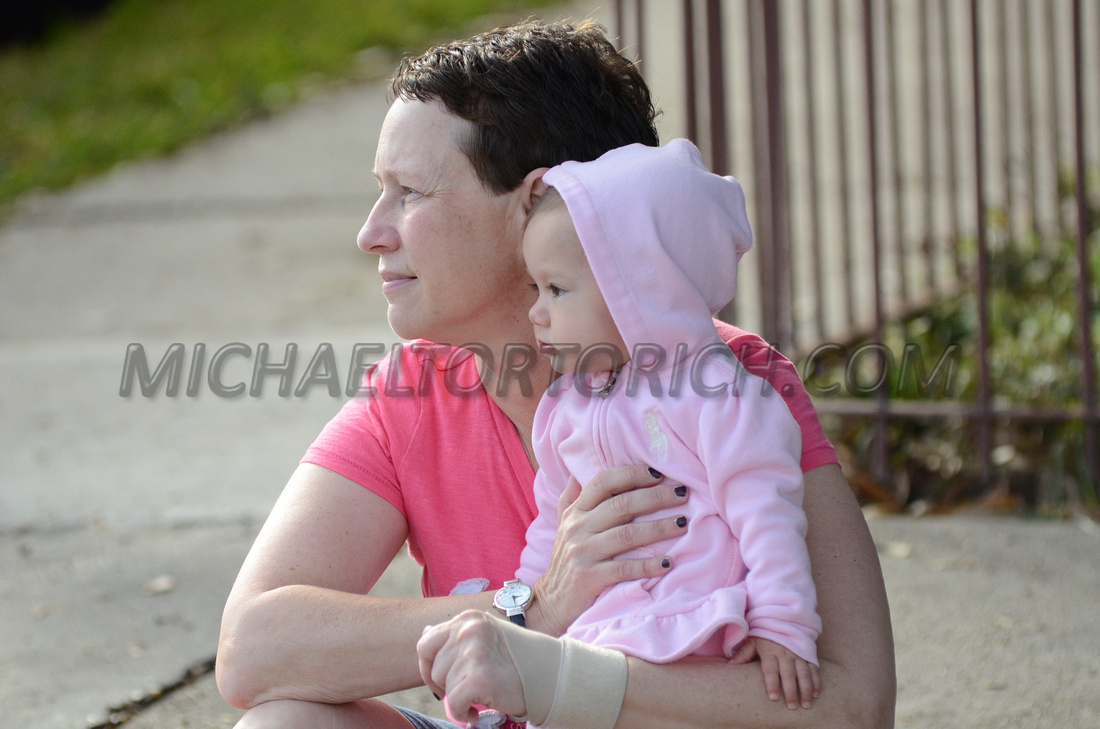 Street photography is a beautiful genre.

I don't claim to be a great street shooter, but I must say that I'm often inspired by the artists who are naturally talented at it.

In an effort to improve my photography skills, I often read articles and watch videos posted by the masters of the public form.

One site I love is erickimphotography.com. Eric Kim is an experienced street photographer who goes over all of the in's and out's. Sites like his have been a valuable resource to me as I continue to expand my horizons.

It would do every photographer (amateur or professional) well to have a little of the street photography itch in them. To me, it's an evolutionary cousin of photojournalism (my roots), in that it is the art of seeing things as they are, and presenting them in their natural state.

Shooting from the hip

When I say "shooting from the hip" I don't necessarily mean it as a figure of speech. Many times I have actually held the camera level with my hip and started firing.

You know something? Those kind of shots have been some of my favorites.

It's when your subject has no idea that you are taking their photograph that they maintain their raw emotions.

As a photojournalist working for a national chain of newspapers, I took a photo that went on to win a press association award. It went out over the wire to publications across the country, and was used in special sections in the aftermath of Hurricane Katrina.

I was with a writer covering the happenings at a makeshift shelter when I created the photo. While the writer interviewed a tired and quietly distraught evacuee from the New Orleans area, I set up for a shot that would ultimately be hit or miss.

I felt as though she would have a hint of tension in her face if I obviously held up the camera, so I held it down and approximated the best possible angle.

It was a shot in the dark.

After we returned to the office, the editor loved one of the shots. The woman had a look on her face that really captured the mood at the shelter. I also caught her in the middle of making a hand gesture.

We ended up using the photo in a prominent place in the newspaper, and it was picked up for national syndication.

I have a rule that I follow with my photography. If I'm bored, I stop what I'm doing.

If I can't conjure the interest in what I'm doing, I certainly can't expect anyone else to enjoy the results.

Take the photo from above for example. I happened to spot a woman and a child sitting quietly on the street while I was photographing a race. Something about them made me smile.

I knew if this sight made me happy, then it was worth sharing with others. That's why I was confident in taking the shot and posting it for everyone to see.

One of my favorite photos ever is the famous image of the migrant mother that came to represent the Dust Bowl. Photographer Dorothea Lange captured the timeless photo of Florence Thompson, the mother of seven who had traveled to California looking for work. (Photo available here: http://www.livinghistoryfarm.org/farminginthe30s/water_06.html.)

It's photos like these that are exciting to me. These are so simple, yet so powerful.

Forgive me for not getting all worked up about the same old tired model wannabe poses (scrawny woman splayed over a Dodge Charger), boring lighting (photography studio inside big-box retailer) and 1980s era backdrops (the creepy old guy who photographs prom every year). The world doesn't need another teen girl with her hand on her hip. It's boring because we've all seen it a million times.

It's the photos of people being themselves that speak to us. These photos are real.

So if you see me off in the corner of an event tinkering with my gear, don't pay any mind. I may be working on my next great shot.

If you are interested in exploring more about me: